Written by Cecil C. Achord
Category Featured Press Releases
For two weeks starting May18th 2020, Seaward Mob 2 and the Lampray crew returned to the Maine Maritime academy. Seaward has been performing ABS UWILD and Lampray hull surveys for the TS State of Maine since 2000. This was the fourth time assisting them in keeping the training ship clean, inspected, and certified for the academy students’ cruises. Mob 2 performed a full hull cleaning as well as replaced numerous zincs, inspected sea chests, removed lines fouling the propeller. Under supervision of the local ABS surveyor and Coast Guard representatives, they completed all the items necessary to satisfy ABS (UWILD) as well as the Coast Guard requirements. The Lampray Crew performed their fourth hull survey on the vessel as well as completing ultrasonic thickness inspections of the sea chests. All tasked were completed safely and on schedule. 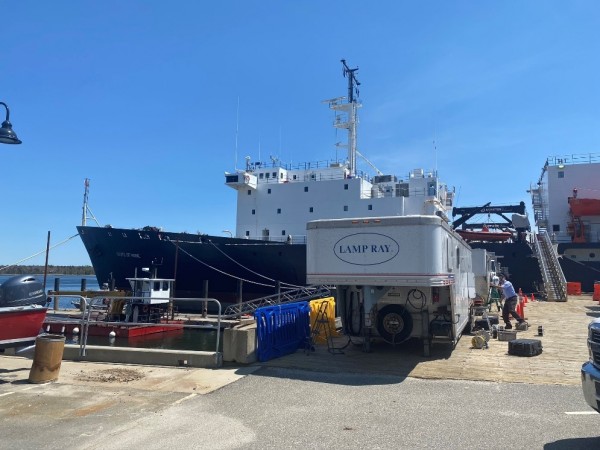